Finally, the last film adaptation of Suzanne Collins’ dystopian novel series, The Hunger Games, has arrived, and it is one hell of an explosive yawn.  Unlike many critics, I was not overly concerned with the cinematic division of the last book of the trilogy.  Was the decision to divide Mockingjay into two films all about the money?  Probably.  However, I’ve always felt a work (film, music, or any other piece of art), should not be discounted simply because it has popular appeal or its produces want to make some cash.  I’m an old-school new critic in this regard: let the work speak for itself and intensions be damned.  And, quite honestly, I found Mockingjay Part 1 to be an effective, sci-fi, political thriller–one the remained true to the spirit of the original work.  Sadly, Mockingjay Part 2 proves I was wrong (I hate that).  While splitting of the novel had little effect on the first film, it absolutely ruins the second.

The problem is simple.  Mockingjay, the novel, is a young adult book that benefits from rapid pacing and concise, simple prose–it’s not fucking Tolstoy, folks.  In that format, it works brilliantly.  As a film, one that clocks in at nearly six hours (counting both parts), it does not.  Let me catch you up. 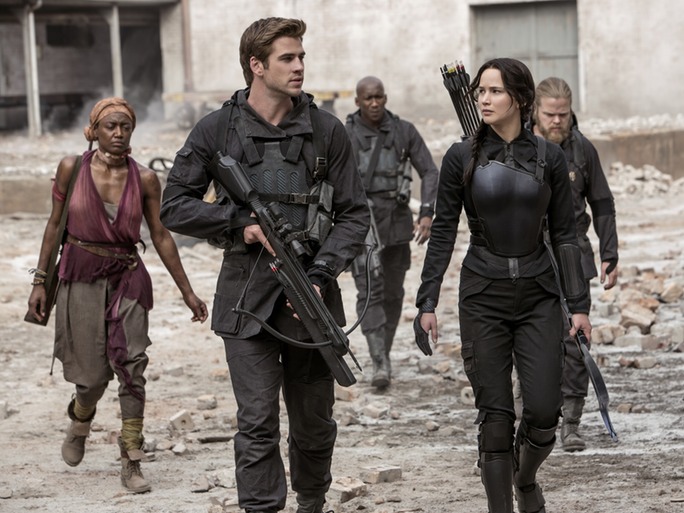 When we last saw our heroine, Katniss Everdeen, she was attacked by her off-again/on-again love interest, the brainwashed Peeta Mellark, and planning her revenge against President Snow.  As with the first film, the plot centers on the ongoing district civil war and the use of Katniss’ “Mockingjay” image as the primary propaganda piece for the revolution.  Collins’ political tropes are largely preserved by Peter Craig and Danny Strong’s screenplay.   Where another big Hollywood production might have shied away from some of the more controversial sequences, Mockingjay Part 2 includes them all.  And, as the rebels make their way towards capital city, the body count rises: character are blown up by pods and eaten by mutts.  It all sounds very exciting, doesn’t it?  It really should have been.

Mockingjay Part 2 is not a bad film.  In fact, it’s a gorgeous film to behold in all its apocalyptic, blasted-out glory.  Director Francis Lawrence populates the world of the Hunger Games with a brutal authenticity.  The ariel views of the war-torn districts might have been taken from the streets of Aleppo.  Images of barely clothed refugees, bloodied and dying children, of deserted metropolis, abound.  Lawrence handles the content with a deserved seriousness, and it shows in the final work.  But, where Part 2 succeeds in appearance, it fails in emotion.  That is the real tragedy of this film. 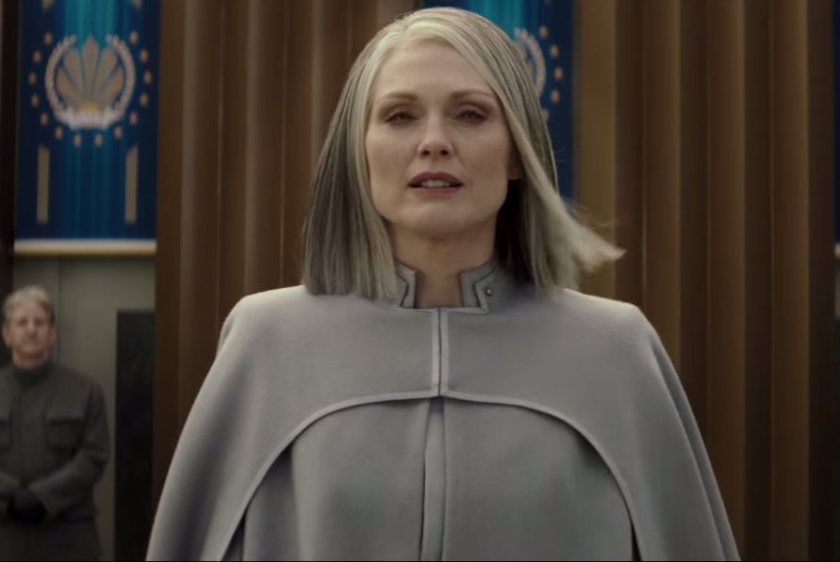 It all comes back to the decision: the decision to split the novel into two films.  Mockingjay Part 2 does not connect on an emotional level when it needs to most, and it is a direct consequence of editing together an already too long film from a too short text.  Because the intense, gun-barrel structure of Collins’ novel has been spread so thin, many of the most dramatic  sequences are as wispy as a scrap of tissue paper in a hurricane.  Where the director ought to have sped things along (i.e. the sewer scenes), he stretches them out.  Where the shot required pause for emotion (i.e. the death of a key character), it flickers by before the audience can take in what has happened.  Editing matters.

I certainly wouldn’t turn people away from Mockingjay Part 2.  It has many things to recommend it.  The cast, including the stellar Jennifer Lawrence and Donald Sutherland, give performances that rise beyond the source material.  Jo Willem’s cinematography is sharp and tonally fitted to the film’s dark themes, and the art production team has created a fully realized world here.  Everyone involved in making this movie cared about the result.  It shows.  For these reasons, it would not be a waste to drop a few bucks for a matinee showing.

However, the last installment of The Hunger Games is a cold exercise–unfeeling, manufactured, sterile–in many respects.  As a result, a great film (based on a great book) ends up being only passably good.  If you are a die-hard fan of Collin’s novels, I’m certain Mockingjay Part 2 will not disappoint, but it will not have you cheering, either.