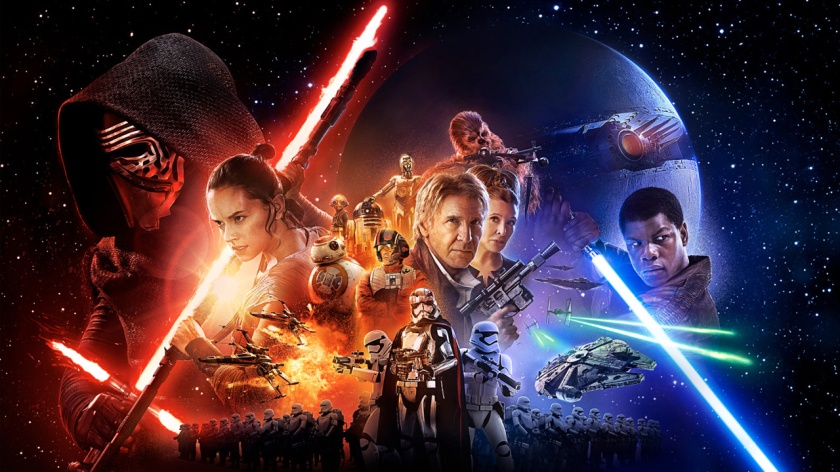 I’m just kidding.  Yes, it is perfect.  In fact, writing a review of Star Wars: The Force Awakens is really an exercise in futility–this movie will be seen despite anything I could say, either positive or negative.  It is the most anticipated film of the year, not only because of its legacy, but also because of a massive marketing campaign brilliantly executed by the franchises new owners, Disney.  So, let me just tell you what every Star Wars nerd, young and old, has been waiting to hear.  Yes.  The latest Star Wars movie is good.  It has it’s flaws, but we’ll save those for another day.  Tonight, let us bask in the perfect prequel-erasing power of J.J. Abrams’ continuation of the Star Wars saga. 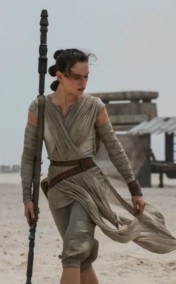 Let me say, first, that I will avoid any plot spoilers.  It is important to do so because a great number of things take place during the two-hour and twelve-minute runtime of the film.  One of the chief successes of The Force Awakens is its movement forward: things, important things, happen.  The plot twists.  It surprises.  It excites.  The internet pleas against the posting of spoilers have been well-founded.  Going into the theater, I knew very little, and my ignorance was rewarded.  If you can, stay naive to all details until you see it for yourself.  I’ll be as vague as possible.  You’ll thank me later.

Spoilers aside, Star Wars Episode VII is a perfect blend of nostalgia and invention.  I was worried that, like the awful prequels, The Force Awakens would lean on its predecessors, for inspiration and fan support, without developing its own tale.  Thankfully, it doesn’t.  Don’t misunderstand me, the film pays homage to the past–boy, does it ever–but its true strengths lie in Rey, in Finn, and in Kylo.  The new faces steal the show in The Force Awakens, as they should have, as they needed to.  It is one thing to cheer at the appearance of Han Solo, but it is quite another to cheer for a character you’ve only met an hour earlier.  It’s the hallmark of great screenwriting, and we have plenty of it here.  When I sat down, I wanted to see the old crew–Han, Luke, Leia.  When I left the theater, I wanted to know the future of the resistance, of the young team.  I wanted more films about these new characters, not the old. 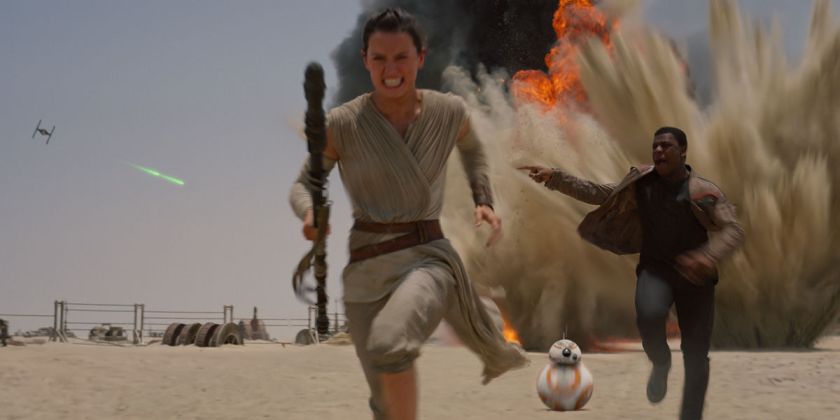 If The Force Awakens has one weakness, it is its propensity to be derivative–though it is forgivable.  Abrams’ Star Wars feels familiar.  It has a natural kinship to the original trilogy that was lacking in episodes 1-3.  The locations, the creatures, and the technology onscreen has a seamless connection to, and is an aesthetic echo of, A New Hope.  The conscious decision to emphasize practical effects and limit green screen CG gives the film a grittiness, a clunkiness that feels as if it were produced in another era–in the best possible sense.  While the film does spend a bit too much time recycling ideas from thirty years ago, what it creates on its own is pure enjoyment.

I plan on exploring Star Wars: The Force Awakens over the next couple of weeks, here and on the TT3 podcast.  For now, I just want to enjoy the successful SW revival we have in this film.  Also, I do not want to spoil any of the surprise and wonder you’ve all been waiting for, for so long.  The highest praise I can give the latest episode is to call it a true Star Wars film–balancing humor, fear, and excitement like the penny matinees of Hollywood’s golden past, just as George Lucas did back in 1977.  I give that praise, happily.  The Force Awakens is not perfect, but neither were the original films.