Netflix’s attempt to bring the renowned 1990s manga, Death Note, to life with live actors is a failure on so many levels, it is difficult to know where to begin.  Let’s face it.  It was going to be an uphill battle from the start for director Adam Wingard.  The idea that you could cram a multi-volume epic into a runtime under two hours is at best naive and at worst a waste of everybody’s time–and the final product feels like both.  The story of the brilliant sociopathic teenager, Light Yagami, and his Sherlock/Moriarty-esque showdown with his equally brilliant pursuer, L, is reduced to a John Hughes movie parody (but with more beheadings).  It is a shallow film that is only made watchable by its continual nods towards its source material.

Clearly, Wingard’s Death Note tries to do too much with too little time to accomplish it.  Everything about it feels rushed, and that pacing makes the character’s actions feel inauthentic.  They barely struggle with what should be the film’s central conflict: the mass murder of criminals (and innocents) in the name of public order.  When I first read Tsugumi Ohba and Takeshi Obata’s work, it reminded me of Robert Heinlein’s several explorations of liberty and coercion (see The Long Watch), but here, those themes are glossed over so quickly that before you have at chance to puzzle at Light’s casual willingness to kill, hundreds of people are already dead.  Why didn’t they produce Death Note as a long form series or short run mini-series?  It’s the obvious question.  And more importantly, given the time and budget constraints they were forced to work under, why did they do it at all? 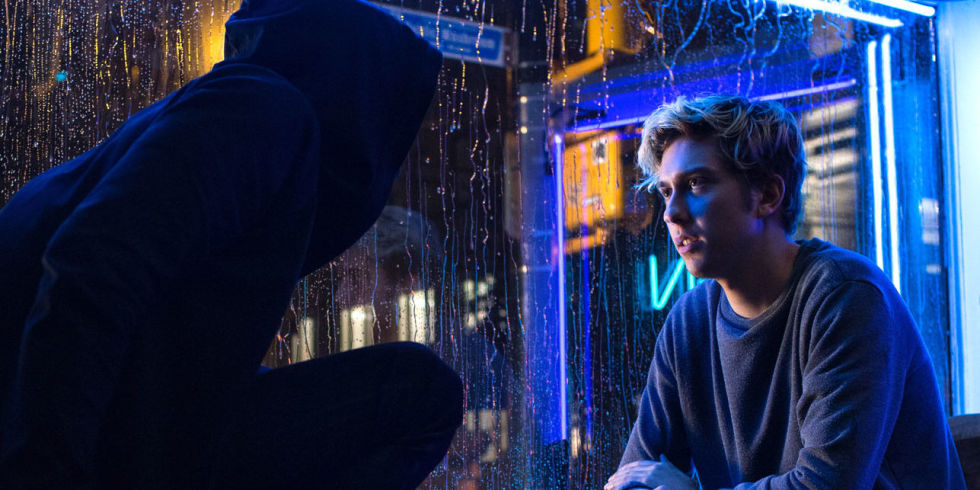 The relocation from the manga’s Japanese setting to contemporary Seattle, Washington, is similarly handled: poorly.  Whitewashing aside, there is a clumsy attempt to retain some of Death Note‘s original set pieces and characters, while significantly altering others.  Watari, L‘s ubiquitous assistant, is almost unchanged from the original Japanese.  Misa, Light’s partner and romantic interest, is almost unidentifiable from the book’s Misa Amane.  Even Light and L are inexplicably rewritten to include changes that add nothing to the film’s updates.  It feels like Wingard wanted to make the Japanese Death Note, but he couldn’t get the backing for a true adaptation, so he included as much as he could get away with, then changed everything else.  The result is an awkward blend of the familiar and the uncanny–with all the wrong results.

Netflix’s Death Note has to be chocked up to a missed opportunity.  It is such a large departure from the Ohba and Obata story that it barely deserves to carry its name.  To be honest, Death Note was always a story reliant on a contrived gimmick (even if it’s a pretty damn great gimmick).  What made the manga a classic was its interesting and complex treatment of its protagonist and antagonist.  This film abandons that approach and delivers nothing but the gimmick.  It is a puddle’s deep production drawing from an ocean sized reservoir.  The real crime here is that Wingard’s movie may turn new fans away from a work of bleak, troubling, contemplative art.