90s kids, unite! We finally got our hands on the first Power Rangers reboot trailer and our inner childhood hearts are fluttering. However, while we loved our first taste of seeing the Rangers, their origins, Rita, and…THAT THEME though…we still feel like there was a bit missing from the trailer. It just seemed like they could have given us a little bit more. So, after careful consideration, here are the top 5 things we still want to see from the Power Rangers reboot:

I mean, this should be a given…right? You can’t have a Power Rangers movie without the Zords. We’ve seen glimpses of the Power Rangers’ handy-dandy, animal utility vehicles via posters and images, but the trailer was lacking them altogether. Even just a tease would have sufficed. Guess we’ll just have to wait for the next trailer to see them in action…let alone actually joining up to form the Megazord.

One of the most iconic parts of the original TV series was the onslaught of drab gray henchmen Rita Repulsa and Lord Zedd would send at the Rangers on an almost daily basis. These goofy gray fighters were usually a pretty easy match for the team, but they always seemed to make an appearance in each episode. It would have been nice to see a quick glimpse or two of these weird alien minions, but we’ll let it slide. 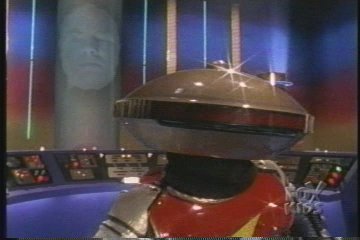 Come on, guys. This should have been a no-brainer. You have Bryan Cranston as the all powerful Zordon, and Bill Hader voicing the hilariously frantic Alpha, and you decide to leave them out of the trailer altogether? They’re a main part of the Power Rangers saga, acting as the team’s leader and faithful sidekick. Failing to include them is…disappointing.

Maybe this is greediness or wishful thinking, but in addition to Rita Repulsa, we would have loved to see Zedd or Goldar make a quick appearance. They’re just about as iconic as she is, and would have added some more menacing depth to the trailer overall. And as for Ivan…yeah, probably a good idea to leave him out…for now. Hey, a guy can dream of an Ivan Ooze post-credits scene, can’t he?

This is perhaps the most embarrassing thing missing from the trailer…but it really would have been nice to see some, you know, actual fight scenes take place. The show definitely demonstrated the Rangers showing off their skills out of costume. But save for a quick tease at the end of the episode, we really didn’t see much of the Rangers at all, let alone kicking some putty ass or taking on Rita. Are we the only ones who figured we’d actually see a Power Ranger throw a punch or a kick in this trailer?