Tiny Table 3 followers…you have failed this city. Now prepare to suffer the consequences, and rock out to the awesome mix we picked out for this week’s Superhero Playlist: Green Arrow! 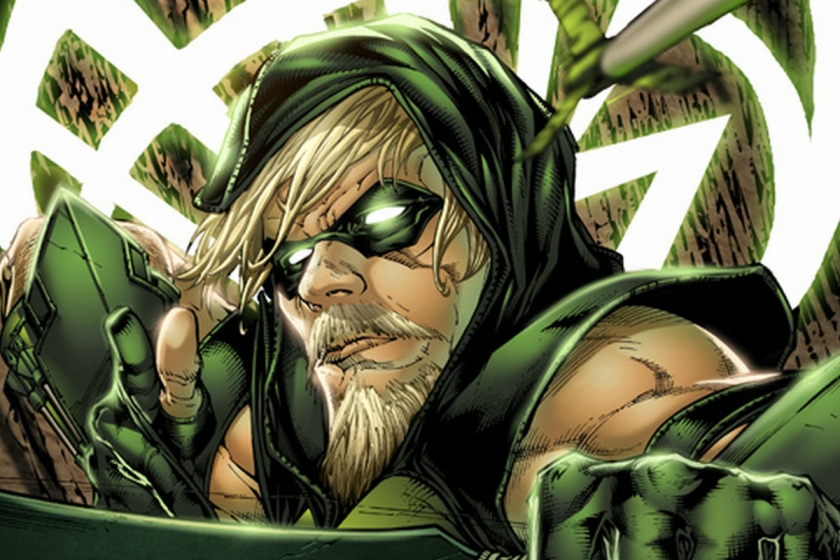 Oliver Queen, the defender of Star City and the Jade Archer himself, Green Arrow, has a phenomenal track record. Then why should it come as any surprise that he should get a phenomenal track listing as well? We picked out a great list of songs that shine a light on the Green Arrow’s most helpful tools: his trusty bow and arrow. Look for songs like “Bows and Arrows”, “Broken Arrow”, “Dream of the Archer”, “Shoot to Thrill”, and “Poison Arrow” to fill that task. However, beyond the expected songs about bows and arrows, we’ve also included a few songs that should really ring true to fans of Oliver Queen and his incredible story. “Message in a Bottle” brings Oliver’s origin story into the mix, beckoning his roots as a stranded island castaway. “Speedy’s Coming” is a direct reference to Green Arrow’s longtime sidekick (or nickname for his sister, Thea, if you only know the character from his successful CW show), Speedy. “Fool For the City” is an homage of sorts to Oliver’s commitment to his hometown of Star City, and his mission to rid the town of its crime lords and evil-doers.

No matter what you think of Green Arrow, we think you’ll love this Playlist. It truly covers a mix of flavors and themes, and should make for an awesome addition to your morning commute, gym workout, or just a companion to a lazy afternoon.

What do you think of our song choices for Green Arrow? Are there any songs you would have included? Let us know in the comments section! And make sure to give us plenty of suggestions for next week’s superhero…the vicious X-23!

What songs would you like to see in her playlist?