Greetings, salutations, and welcome back to another edition of Superhero Playlist! This week’s subject: X-23, the vicious, feisty female clone of Wolverine who has quickly skyrocketed to fame due to her success in the latest X-Men comics and her soon-to-be inclusion in the final Wolverine film. While some fans may or may not know much about X-23, or Laura Kinney as she’s adopted since her test-tube creation, we can still ponder her music choices. As with all Superhero Playlists, we’ve put together a list of songs both related to X-23’s origins and attributes, in addition to some songs of which we think she might be particularly fond. 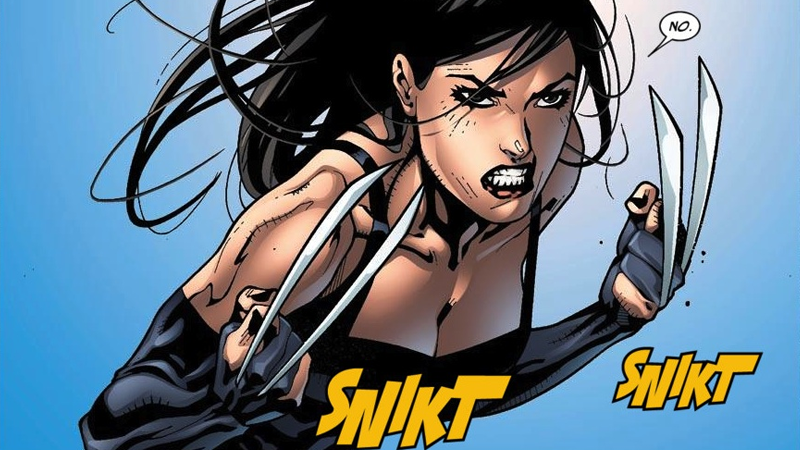 We’ve gone ahead and included some songs about cloning, which should come as no surprise. Back in the early 00s when she was created, X-23 appeared as a female clone of Wolverine. She has the same powers and tenacity, and instead of 3 claws on each hand she has two in addition to a single claw on each foot. Look for “Clones” by The Roots, “Clones (We’re All)” by Alice Cooper, and even draw a laugh from Weird Al’s “I Think I’m a Clone Now”. Keep an eye out for those songs referencing Laura Kinney’s dreaded claws as well. “Claw Hammer” by Elton John and “Stiletto” by Billy Joel are sure to capture those slicing and dicing claws fairly well. Also check out some references to X-23’s healing factor, one of her defining mutational traits. Papa Roach’s “Scars”, Three Days Grace’s “Never Too Late”, and R.E.M.’s “Everybody Hurts” are our choices to best represent the healing process. And lastly, check out our not-so-subtle nod to X-23’s name…in the choice of “23” by Jimmy Eat World. Look deeper beyond the title, into the lyrics, and we think you’ll find some fitting similarities.

Next edition, help us out as we break down a playlist for the infamous Justice League Dark member, Swamp Thing!