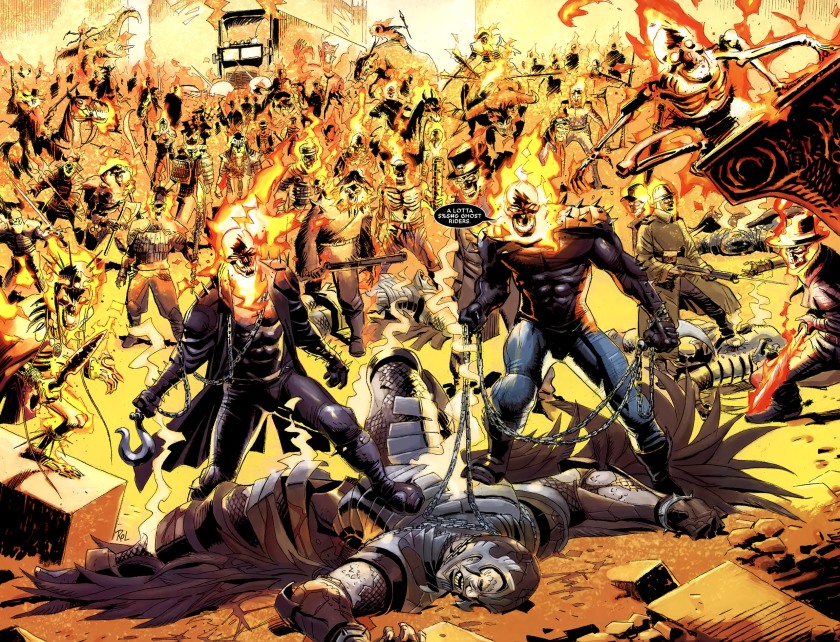 With Ghost Rider at the height of his popularity, we take a look back at all of the Riders: past and present. Who are the top 7 of all time? We’ve got you covered. Check out our list, and let us know what you think of our rankings in the comments below! We’re literally peeing ourselves with excitement.

When Danny Ketch and his sister Barbara were brutally attacked, Danny fled. His panic led him to stumble across a mystical motorcycle in a junkyard. The motorcycle transformed Danny into the new Ghost Rider, and helped him track down the men to attacked him. Unfortunately, Danny couldn’t save his sister’s life, and vowed from that day forth to use the Rider’s power for vengeance.

Ummm…a flaming Soviet Russian riding atop an asiatic grizzly bear? Oh yeah, and he wields a mystical axe! What’s not to love?

The new kid on the block, Robbie Reyes is still proving his “coolness”. Obviously gaining popularity from Marvel’s Agents of SHIELD, Robbie’s stock is on the rise. Famously recognized for his flaming hot rod, Reyes is a vengeance-seeking older brother looking to right the wrong that left his brother paralyzed.

An African Ghost Rider, Shoba Mirza is a female rider who rides atop a flaming elephant. Yeah…that’s too awesome to pass up.

The cowboy vigilante Carter Slade was riding the plains of the American West in the 19th century, protecting those citizens who were in need under the title, The Phantom Rider. Yet, when he ran into a Time-traveling Johnny Blaze, everything was changed. Slade adapted the spirit of vengeance and ruled the west with a flaming fist, riding atop a blazing saddle.

An Atlantean Ghost Rider who rides atop a great white Shark. Need we say more? 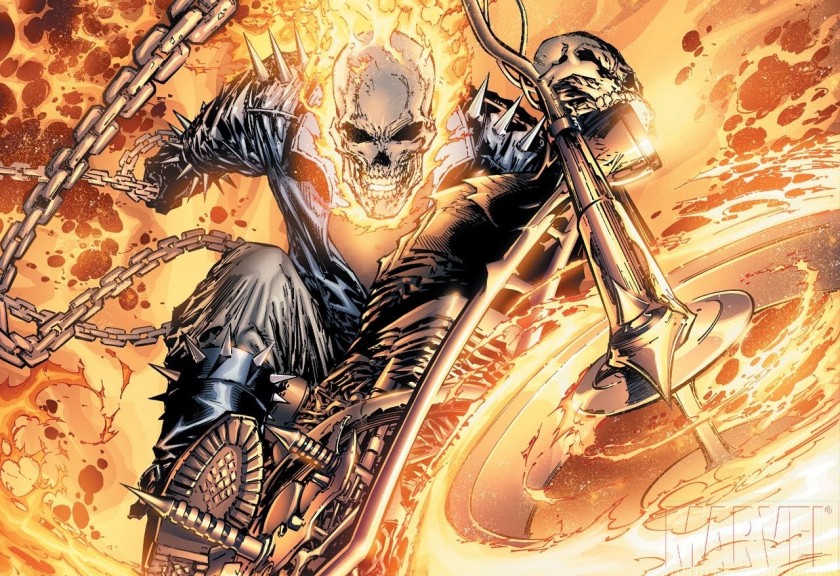 Let’s face it, if we hadn’t picked Johnny Blaze for our number 1 spot, there would be riots in the comment section. The O.G. Ghost Rider, Johnny will forever be known as most people’s only Ghost Rider. We just hope to see that classic chain-wielding motorcycle rider continue his reign of terror for many years to come.

What are you thoughts on the Top Ghost Riders in history? Who’s at the top of your list? Make sure you voice your thoughts on our social media pages and check out our other great Ghost Rider articles.