It was long rumored that 2016’s breakout movie character, Harley Quinn, would be getting a spinoff movie of her own. However, recent news and rumors lead us to believe that Harley will be back, but she won’t be alone. That’s right, Margot Robbie will be back as the beloved jester, but she’ll be leading a group of Gotham’s most notorious leading ladies…a.k.a. the Gotham City Sirens. Based on the popular comics of the same name, Gotham City Sirens showcases the combination of Harley, Catwoman, and Poison Ivy as they take on the darkest of the Gotham underbelly. It’s a terrific teamup, and will make for a phenomenal film. And while we already have an idea of the two main characters who will be joining Harley Quinn on her next adventure, we like to wonder if any other femme fatales will be joining in on the fun. Here’s our list of the Top 5 possible new members of the GCS.

Catwoman aside, it would be awesome to have yet another deadly woman with close ties to Batman join the team. Talia’s closeness to Batman and the possible tension between her and Selina Kyle have got us feeling pretty wishful. Uh oh, we sense a cat fight brewing.

Lady Shiva would definitely be an excellent addition to the team as her fighting skills are unlike any other fighter in the DC Universe. She specializes in using only her bare hands and is considered one of the deadliest. Adding violence and diversity to the team would be a no-brainer. 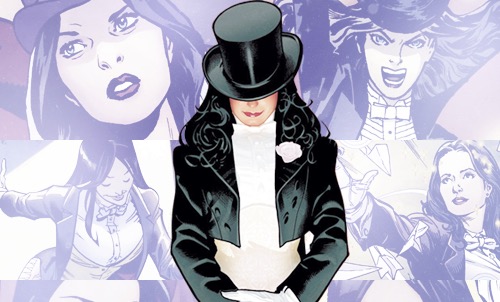 Why not throw in some mystical or supernatural elements to the Sirens team? Zatanna’s magical prowess would make Gotham City Sirens a phenomenal film, and would also possibly set up for Zatanna’s inclusion in a Justice League Dark film. Either way, we’re already sold.

Probably not the most obvious addition, but hey, we got Killer Croc in the Suicide Squad…why not throw in another “monster”? While you might not be as familiar with Orca, her story isn’t too far different from other mutant supervillains. A result of a Gotham Aquarium experiment gone wrong, Orca is an extremely strong and powerful woman who receives Killer Whale DNA injections into her spinal tissue. Hey, it would definitely help Harley and the girls if they had someone like Orca on their team. Just sayin’.

Why not bring Batgirl into the mix? We know that the Bruce Wayne established in Batman V. Superman and Suicide Squad is already familiar with training young wards, so maybe Cassandra Cain could make her big screen debut in Gotham City Sirens. Or perhaps she could face off against the team…they ARE villains after all.

Well, those are our Top 5 contenders for joining Harley Quinn, Catwoman, and Poison Ivy in Gotham City Sirens. Who would you choose? Let us know what you think and if you agree or disagree with our picks!