As Yoda once said, there is do and do not, there is no try. This couldn’t be anymore spot on when it comes to video games. On November 17, 2015 Dice released the long awaited follow up in the Battlefront series, striving to make a complete reboot of the franchise. Of course being a fan of the original Battlefront games on Playstation 2, I couldn’t wait to get my hands on this. However, like all hardcore fans, I began to worry.  What if the game wasn’t going to live up to the hype?  Well, I’ve had this game since release, playing every game mode and making sure I had a fully informed viewpoint.  I didn’t just want to play ten hours and say that I knew the game inside and out. Are you looking for an extensive review of Battlefront?  Then, keep on reading and I will gladly give you my thoughts.

I’d like to start with the most obvious part of this game: how it looks. Needless to say, it’s stunning.  If you simply look up some YouTube videos of gameplay, you can see that.  Why is it so good looking?  The creators over at DICE were lucky enough to get full access to Lucas’ archives and referenced the original models and locations of the iconic Star Wars trilogy.  This game feels and sounds like Star Wars.  I felt like I was actually part
of this universe and creating my own soldier’s story.  But, let’s be honest.  A beautiful game does not mean a good game.

Lets get into the meat and potatoes of this reboot.

First, the controls are intuitive.  The game plays a lot like Battlefield, which shouldn’t be a surprise since it was made by the same company. Now what makes this game great for all players is that you can pick up a controller and learn the game within the first 20 minutes or so.  I find this to be a major plus, since I can spend more time playing and less time frustrated that I keep hitting the wrong button.  Star Wars Battlefront makes casual players feel welcome in a category of games that is often intimidating and not known for its culture of friendliness.  As first person shooters have become increasingly a hardcore gamer category, Battlefront offers an arena open to players of all levels. 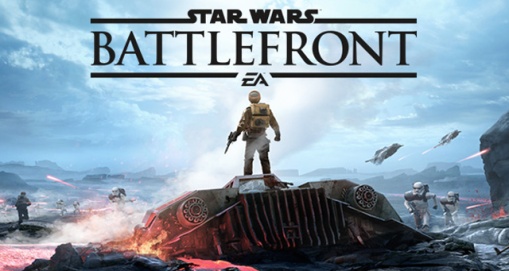 Now, lets focus some of the different game modes.  My favorite mode, among a long list of modes, is Walker Assault.  In WA, forty players face off against each other in battle of objectives. The Empire must protect its AT-AT walkers against the Rebels who are looking to activate up-links that will call in Y-Wings to bomb them.  The best part about this mode is it forces you to use teamwork and strategy (something that seems to disappear in games like Call of Duty).  As the Empire, you must turn off the up-links to keep the Rebels at bay.  Here, you get a great feel of epic scale of Battlefront, seeing the threatening AT-AT walker coming at you while laser bolts fly in every direction.

The next mode standouts are Heroes vs Villains and Supremacy.  These modes are all out chaos and tons of fun. In Heroes vs Villains, you get a rotating option to play as either a Hero or a Villain.  When you aren’t playing as one of them you become a support troop for their protection, since the goal is to knock out all of the Heroes or Villains–depending on what team your on. This mode boasts the lightning fast combat, and your objective, to kill a hero/villain, is controlled by another player, which makes the dynamics change each round.  Supremacy asks teams to capture different map points, and you win by holding the more than the other guy–simple, but effective.  As all points are always available to capture,  it becomes a tug of war match that makes you to think about defense and offense all at the same time.

For the modes that fall in that “average” category, we have Fighter Squadron and Blast.  Both are similar and resemble team death match. They aren’t necessarily innovative, and I wish they were forty player maximum instead of just 20, but they are fun nonetheless.  In Fighter Squadron you choose between A-Wings, X-wings, Tie Fighters, or Tie Interceptors.  Here you battle to get the most kills in the sky.  While it is only 10 vs 10, there are random AI pilots in the sky as well, adding to the atmosphere of intensity.  In Blast, it’s ground combat with no vehicles, using your blasters, grenades, and power ups (like rocket launchers) to destroy as many soldier on the other team as you can.  First team to reach the point limit, wins.  Again, these modes really don’t offer anything super exciting in terms of innovative game play, but they are fun and I recommend playing these modes when you have friends online.

Among the less interesting gameplay options, we have Drop Zone, Droid run, and Cargo.  All are very similar in terms of objectives.  They use a capture the flag type mechanic to push the flow of the game.  Drop Zone requires you to capture escape pods that crash around the map, and my only real issue with this mode is the capturing happens rather quickly.  Once a team takes a pod, the other team is out of luck. vThe team that starts off well is usually the one that ends up winning.  Droid Run is more similar to supremacy.  It encourages a tug of war like scenario; however, unlike supremacy, which has six capture points, Droid Run only has 3 and the matches end too quickly.  In this mode, the Droids move and that creates some excitement (as the objectives are constantly roaming), but since they don’t move very quickly its almost a moot point.  My experience in Cargo was pretty much the same as Droid Run.  I found myself losing or winning quickly.  This sort of took me out of the experience and also took away my sense of accomplishment since I never really felt like I did much in those rounds.  I also found the maps for Cargo to be too small.  You often needed only to run across a bridge (or something similar) to accomplish an objective.

Hero Hunt is the last online game mode.  It’s a bit strange to play, and I’m not sure what to think of it just yet. It’s a 6 player game mode where one player is a hero and forced to fend off all the others in an attempt to score kills.  You only gain points when you are the hero.  I played this a couple times but the mode seemed unbalanced. The heroes do not have any extra health, and they don’t seem to stand a good chance against 5 other players when they group together, which is always the case.  I’ve had some fun with it, but to be honest, this game could be great if they patched it and made the hero harder to kill.

As for the 2 player modes, the games offers “survival” and “missions.”  Battlefront does not, unfortunately, have a campaign mode.  Instead they have objective crafted missions and survival mode when you want to play either locally with a friend or online co-op.  Survival is a lot of fun where you play as Rebels fending off wave after wave of Imperials.  Each wave is harder than the last, making teamwork an essential part of this mode. The missions that are objective based are also fun, but to be fair, most of the objectives are similar to online, and I found the online play to be more fulfilling and much more of a challenge.  To get the full experience, of course, you will have to purchase this game yourself, and I would definitely recommend it. 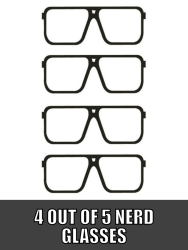 My verdict on Star Wars Battlefront is 4/5 Nerd Glasses.  Although some of the game modes are lacking, the ones that shine really make up for it.   Additionally, the game is gorgeous.   All the sounds and appearance make the game feel like a interactive Star Wars movie.  I do wish that they had made a campaign mode because I love Star Wars lore so much, but at the same time, I know the online play will keep the game continuously fun for a long time to come.
~Milo